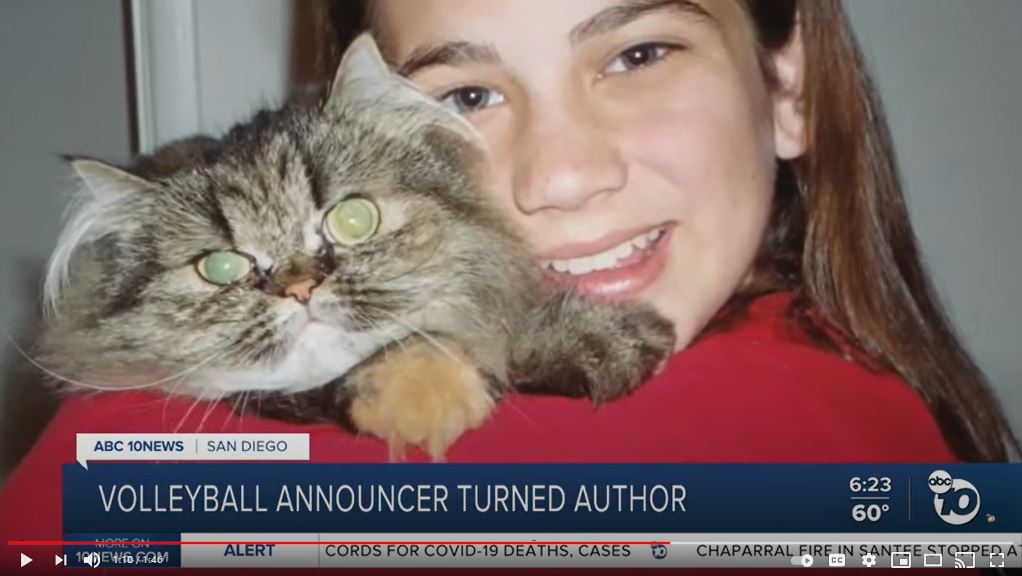 Volleyball announcer turned author lending his voice and words to help people cope with the loss of a pet.

Steve Smith: I call Tony Lovitt a pioneer in volleyball play-by-play announcing. But now, Tony is lending his voice to an entirely different topic…coping with the loss of a pet.

SS: Tony Lovitt says his ambition back in the 1970s was to be a baseball announcer. Instead, he became a play-by-play voice in the International Volleyball Association.

SS: Evidently, he figured it out because it led to bigger and better things.

TL: Mina really grew on me over the seven-year period she was with me.

TL: (Reading from Five Trees for Mina): Mee, mee, the kitten said in the tiniest voice anyone could imagine…

Do you want kitty food?

TL: Still tugs at the heartstrings.

SS: Sadly, Tony had to euthanize Mina back in 2018, but it was a card her received from the veterinarian clinic that inspired him to write Five Trees for Mina.

TL: They had made a donation to the Arbor Day Foundation and that five trees had been planted in the Chippewa National Forest in Minnesota as a living tribute to the cat.

TL: (Reading from Five Trees for Mina): It was the mama cat and her six kittens… The vet declared Mina an animal medical marvel!

SS: It’s a children’s book geared toward helping families cope with the grief of pet loss.

TL: My hope is that it soothes the pain of a loss of a pet, but also encourages families to have trees planted as living tributes to their own pets.

Five Trees for Mina’ is available on Amazon. To purchase the book online, click here.

No comments to show.